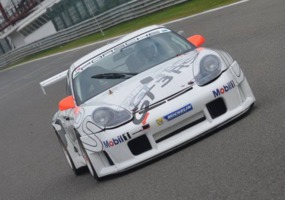 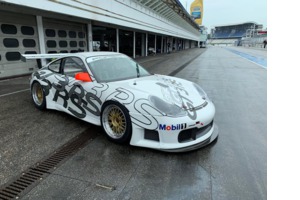 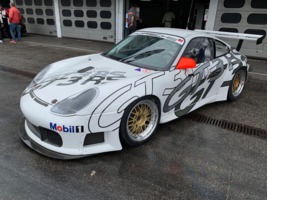 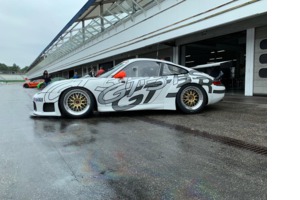 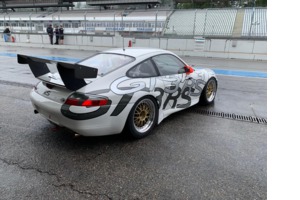 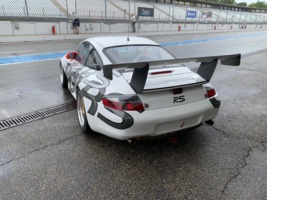 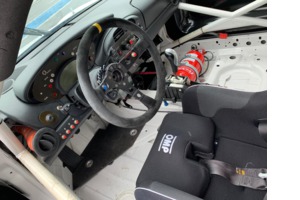 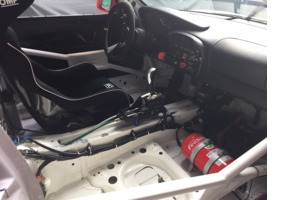 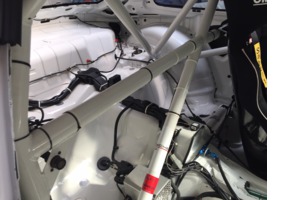 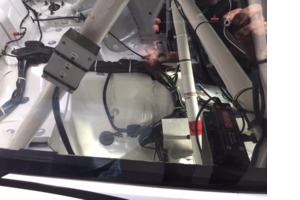 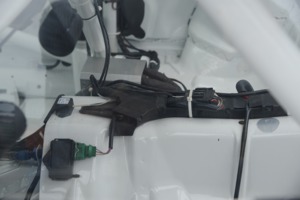 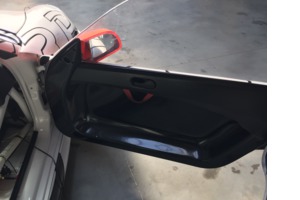 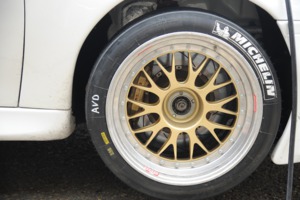 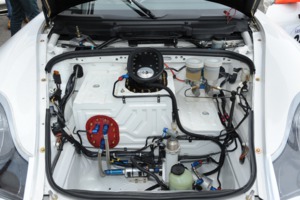 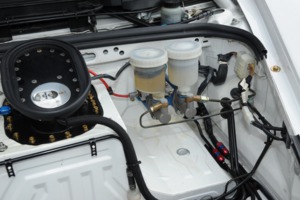 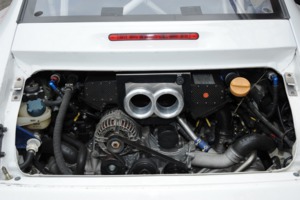 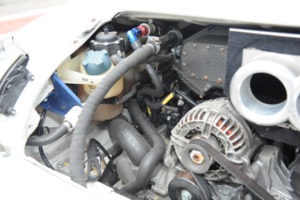 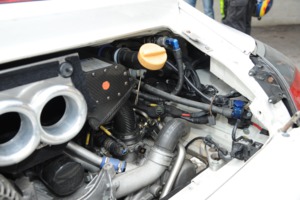 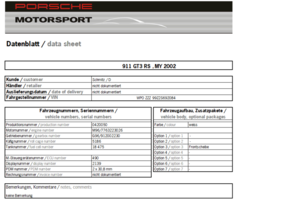 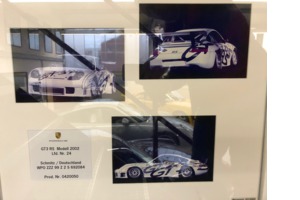 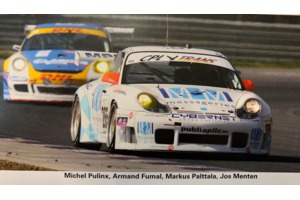 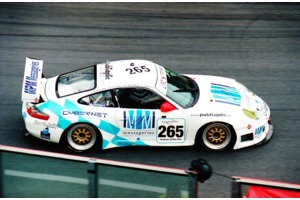 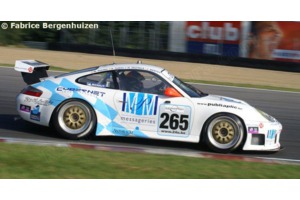 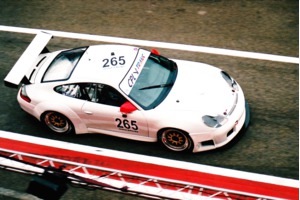 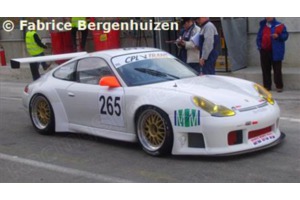 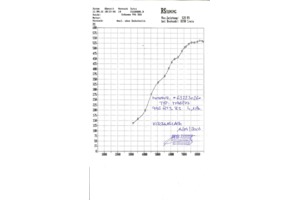 In 1998 Porsche finally put the air-cooled flat-6 cylinder engine to rest. The last of the air-cooled 911s (993) left Weissach and the assembly lines in Stuttgart. The 996 was the new 911 and its chassis was the GT car for the future of Porsche Motorsport. Every component of the 996 was new; chassis, bodywork, gearbox, engine, suspension, engine management, and cooling system. At the time of its launch, the new GT3R was made to the current ACO rules for the GT category in 1999.

Our car is a 2002 Porsche 996 GT3-RS which has lead a fairly easy life evidenced by it being 100% matching numbers with its original roll-cage, engine, gearbox and complete bodyshell. It was ordered by Hermanns & Schmitz Automobile Gmbh directly from Weissach for privateer Richard Green (UK). The car was delivered to the Dijon race track where it was tested for 3 days after which the car was taken allover Europe during the next few years for track days and was never properly raced. In 2004 Mr Green then sold the car to a Russian race team called A-line Racing based near the Nürburgring (the race team does no longer seem to exist). They were planning to enter the car for the Le Mans 24hrs but lack of finance stopped this plan upon which the car was sold to Belgian racing team Verbist racing.

Having arrived in Belgium, our car started its racing career in 2007 being entered in the Belcar racing series where it was driven by Belgian racer Michel Pulinx culminating in a 3rd overall at the Zolder 24hr race in 2008 driven by Fumal/Pulinx/Paltalla/Menten.

After having lingered for some years with Verbist Racing it was bought by Belgian Loris De Sordi who started a complete overhaul which included suspension and geometry set-up and a full engine and gearbox rebuild in 2016 by renown preparer RS- Tuning (the invoice totalling EUR 60,000+ is available) after which the car received its current iconic Porsche “GT3-RS” livery identical to when it was launched by Porsche. Loris De Sordi then only used it for 3 hours during the Porsche Francorchamps Days.